To get Duck Dodgers to love her.

Soren, better known as the new cadet, is a villain from the Duck Dodgers episode of the same name. She stalks men to get them to love her. In that episode, she kidnaps the Cadet to get close to Duck Dodgers. Soren harbors an escalating, twisted obsession with Duck Dodgers, who is just one of several men that she has stalked. After Duck Dodgers didn't want to have a relationship, she says he is like other men and then tries to kill him. She was a new female cadet who was apparently assigned to assist Duck Dodgers after the old one was apparently transferred, but in truth, she had kidnapped the old cadet and taken his place in order to get close to Dodgers. By the end of the episode, she is over her obsession with Dodgers and has a new target: The Martian Commander. 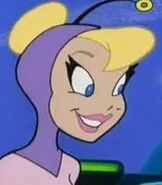 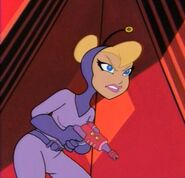 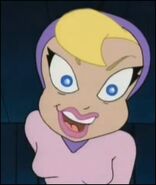 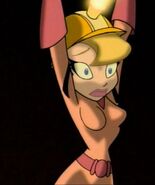 Add a photo to this gallery
Retrieved from "https://yandere.fandom.com/wiki/Soren?oldid=5839"
Community content is available under CC-BY-SA unless otherwise noted.